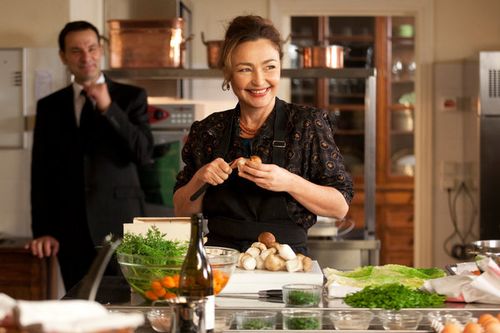 Rarely do I find movies I love but I have found a few lately, so it is a rare treat to be able to share them with you!!

By the way these are all on Netflix instant watch. 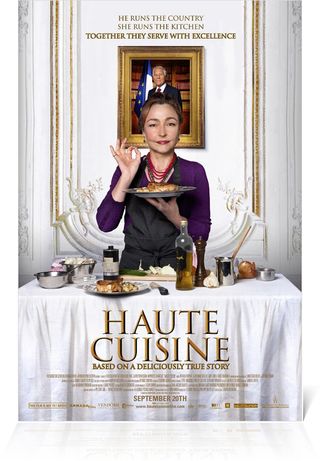 First is my favorite film Haute Cuisine . This is everything I love France, food, a true story and cooking. It is based on the true story of Danièle Mazet-Delpeuch and how she was appointed as the private chef for the 21st French President Francois Mitterrand. Full of interesting details of French political life, running a kitchen as a woman in a man's world and love of food. A must see! Savannah, is an interesting true story of Ward Allen, a romantic and bombastic character who rejects his plantation heritage for the freedom of life on a river. It did not get good reviews and I am not sure how true to facts are but I did not care. The story line held me, Jim Caviezel did an amazing job. I wanted to know more about Ward Allen and his life on the river. I always enjoy a beautiful period piece! 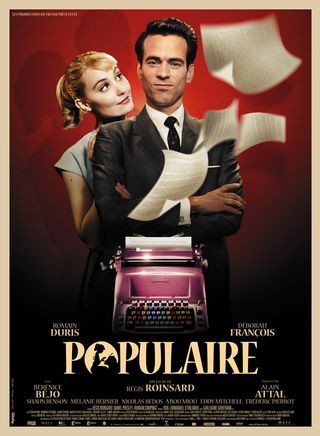 Populaire This is a sweet love story with a real 50's vibe.I will warn there is one brief sex scene.

"Spring, 1958: Rose travels to Lisieux in Normandy, where charismatic insurance agency boss Louis Echard is advertising for a secretary, the ensuing interview is a disaster. But Rose reveals a special gift - she can type at extraordinary speed. Unwittingly, the young woman awakens the dormant sports fan in Louis. If she wants the job she'll have to compete in a speed typing competition. Whatever sacrifices Rose must make to reach the top, Louis declares himself her trainer. He'll turn her into the fastest girl not only in the country, but in the world! But a love of sport doesn't always mix well with love itself."

Lastly, is The Scapegoat, a film based on the Daphne du Maurier book of the same title. I loved this British drama. Even though the story starts off sad and tragic, love wins in the end. Kindness conquers. I love it when that happens!!.

"Set in 1952, as England prepares for the coronation, The Scapegoat tells the story of two very different men who have one thing in common - a face."

Thanks for adding a bunch of new titles for my winter viewing pleasure. It's so cold here that staying indoors (watching movies...) is ideal just to stay safe!

Thank you for some new titles. The fact that they are on Netflix is all the better!

Thanks for the list.
That first one does intrigue me.

Oo! Thanks for the recommendations! There are so many movies out there to wade through I'm glad to have some guidance!

I always love your movie recommendations, Clarice. Can't wait to try these. Keep sharing when you find another goodie!

Isn't blogging wonderful? I've never heard of any of those films. And now I have. :-)

Mmmmm, the first one... About interesting details of French life... That would probably be my first choice. But, I don't have Netflix. Could see if my library system has it though. They do have many interesting films.

Thank you for sharing this list. It is so difficult to find movies worth watching these days. I amy just need to fire up my Netflix account again. Thanks for sharing...

I love to hear about movies that are worth watching; so many of the new ones are so unnecessarily violent.

We enjoyed Prancer over the Holidays with my youngest two (aged 10 and 13) it was a lovely film, but we needed a big box of Kleenex! Thank goodness for happy endings!

Thanks for the list! I am always on the lookout for something new to watch! Since I have finished my studio, I actually have a Roku that I can use to watch movies while I weave or create! Talk about heaven! If I had a little tea pot heater, I would have it made and never leave except to potty! (** Note to self: look for a Mrs. Tea....)

Thanks for these recommendations!

Thanks, Clarice! I'm always looking for something new to watch on Netflix. I'm adding these to my list!