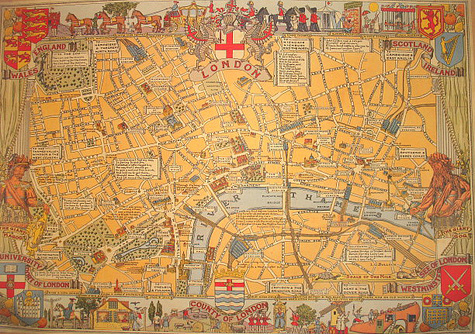 Believe it or not there was something else about our journals I did not mention, what we listen to. My girls are pretty versed in history. They find it a fascinating subject, so I decided this year in true Charlotte Mason form we would just focus on some of the historical fiction we have been meaning to read but had not gotten to. I discovered LibriVox this summer and what a wonderful (and free) resource this is. It is listening to stories read by volunteers (thank you volunteers). They have quite a collection of classics. Our hands are so busy sewing, cooking, writing, knitting, ect., this seem a prefect way to do all we needed and wanted to do in our day and still have time for wonderful literature. Multi-taking at it's best. We have been enjoying An Island Story by . H. E. Marshall.

Our Island Story was first published in 1905 and became an instant classic. Beginning with the Romans and following the triumphs and foibles of the good, not so good and the downright despicable figures of history; we are treated to a dazzling montage of kings, queens, barons, knights, explorers, movers and shakers that have played a key role in the history of England. Marshall freely mixes folk tale with historical fact and in so doing paints a very vivid picture of the past in a style reminiscent of all that is finest in the children’s story telling tradition.This is the first section of that work and will carry you from the time when Tacitus first sang the praises of Britannica to his Roman readers up to the vicious and bloodthirsty confusion that is the War of the Roses (about 1500 years).

I actually own this book and several others by Ms. Marshall. Aubern'e love her Scotland story book. Even though this is suppose to be a story for children, I thoroughly enjoyed it and encourage you to try listening to it. The next book we plan to listen to is A Connecticut Yankee In King Aurthur's Court by Mark Twain.

What Miss. Charlotte Mason has to say about learning history

"The fatal mistake is in the notion that he must learn 'outlines,' or a baby edition of the whole history of England, or of Rome, just as he must cover the geography of all the world. Let him, on the contrary, linger pleasantly over the history of a single man, a short period, until he thinks the thoughts of that man, is at home in the ways of that period. Though he is reading and thinking of the lifetime of a single man, he is really getting intimately acquainted with the history of a whole nation for a whole age. Let him spend a year of happy intimacy with Alfred, 'the truth-teller,' with the Conqueror, with Richard and Saladin, or with Henry V.––Shakespeare's Henry V.––and his victorious army. Let him know the great people and the common people, the ways of the court and of the crowd. Let him know what other nations were doing while we at home were doing thus and thus. If he come to think that the people of another age were truer, larger-hearted, simpler-minded than ourselves, that the people of some other land were, at one time, at any rate, better than we, why, so much the better for him"

Hi,
I just happened upon your blog here and am so interested in all these things! My children are small yet, but I have recently discovered charlotte Mason, and am so excited by all we are learning and doing together already!
thanks for a great blog!
libby jane

An Island Story is definetly a good choice.

Clarice, I meant to ask you where you found the map of London? Was that an illustration from "An Island Story?" I like it!

Clarice... I gave you a 'Peaceful Award' over at my blog today. Come check it out! :) Blessings, Debra

I love the interactive component of your activities--it makes for such a rich overall experience. Thank you so much for sharing this and the links.

It's all so interesting!! I love learning new things.
Rosemary

What fun! Knitting and reading about England. Now that sounds like the history class I want to be in!

The Livbrivox thing is REALLY great. I'm downloading a story now to listen to as I drive to Grass Valley. THANKS!!

Amen! Love the C. Mason quote about history. Such is the joy of home education! :)